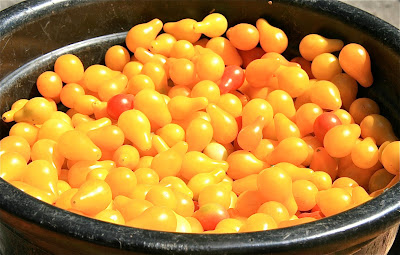 Beautiful golden tomatoes at a stand in Pearl Alley
Downtown Columbus is smaller than any other big cities I have been to (I am thinking Boston, New York, San Francisco, London, Paris... you know, big cities). It's still new to me, though, so who knows maybe it is bigger than I think.

The intersection of Gay/High Streets is where the main action is.

Before I go there, though, can I just talk a wee bit about the parking lot? Right there, downtown, I found a spot in a Public parking lot. After locking the car, I looked for a self-pay machine...or a person, or something. And this is what I found: an honor box self-pay station where you put money into the number slot corresponding to where your car is parked. I have done this once, in Boise, Idaho. But right here in the middle of Columbus? I was a bit dubious, but loved it at the same time. 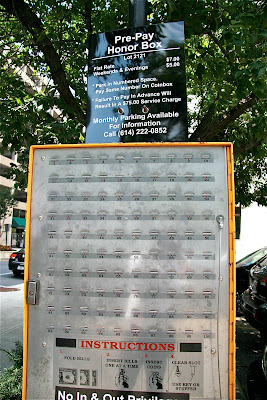 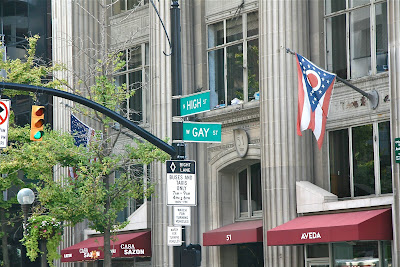 Downtown is also where a lot of the many glorious Columbus food trucks congregate for people to grab a quick lunch. I spotted the Three Babes and a Baker cupcake truck by the parking lot...made a mental note to self that I needed to get some goodies to bring home to the kids (they have $1/kid cupcakes!). 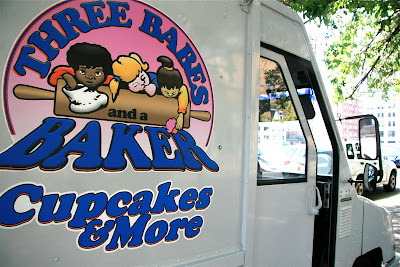 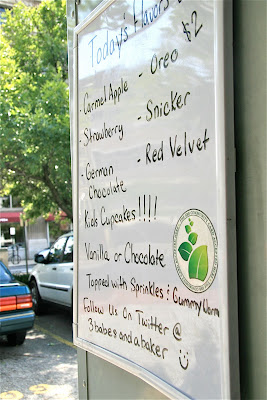 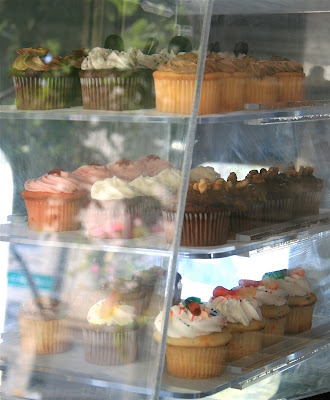 Then I headed to the Cajun food truck for a my first ever crab cake po'boy! It was so big (and good!) that I had to share with my friends! 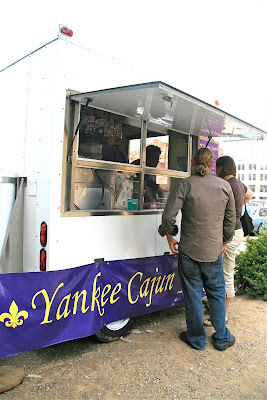 Then there was the Pearl Alley market which happened to be selling on Tuesdays. The produce was more varied than our tiny Bexley Farmers' market, and there were other booths selling coffee, artisan bread, crafts and much more. Again, I made a mental note to self to return.

So...downtown Columbus...not so bad! There are a few notable restaurants and coffee shops as well. Too bad (or rather, luckily) I don't frequent downtown too often. But if you are looking for some (eating) action, there is some to be found there, for sure.
Posted by Kit Yoon at 1:29 PM

We are a family from coastal California. (Sort of) New to the area, we are determined to find the local, authentic, cool things that makes Columbus unique. This can include restaurants, places, people, events, you name it.
I hope you will enjoy exploring this city with us.
Contact me with any questions:
shimboon@gmail.com

All photographs and texts ©Kit Yoon.
Please ask for permission before using any of the materials found here. I can be reached at shimboon@gmail.com Thank you!